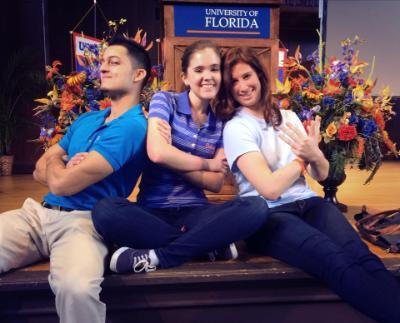 Being a Florida Gator means something different for every student. For Kaitlin Alexander, Class of 2017, her UF experience included it all—football games, Tri Delta sorority, and internships with Disney and CNN Sports. Throughout all her involvement on campus, Kaitlin’s home was always Innovation Academy.

“Coming to UF, I was overwhelmed because I went to small schools for so long,” Kaitlin said. “I loved that IA had small classes and you live together freshman year at Beaty. Even though I was involved in so many different things, I got so close with Innovation Academy. My IA friends are still some of my closest from my time at UF.”

Kaitlin received her undergraduate degree in news telecommunications with a minor in innovation and theatre. On campus, she was involved in several sports production and news positions, which ultimately led to her current career as a digital production assistant and reporter for the University of Georgia Athletic Association.

Her minor in innovation, along with her theatre minor, complimented her role both on- and off-camera. As an IA ambassador for four years, she advanced in leadership and interpersonal communications, and her courses in creativity and idea pitching helped her feel confident in being innovative in her function as a social media creator. 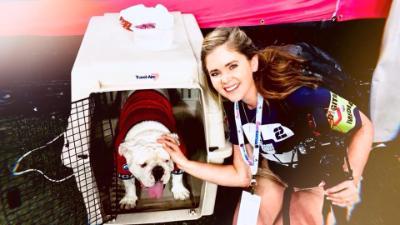 The most critical part of the IA program was the opportunity to take every fall semester off, as it freed up Kaitlin’s schedule for her work with fall sporting events like the UF football team.

“If I didn’t have the Falls off, I don’t know if I would’ve been able to work football. Because I didn’t have the stress of classes, I could be a part of the ins and outs of everything,” Kaitlin said. “When I got to my current position at UGA, I already knew what to do because I was able to immerse myself already at UF. I am not afraid to interview players because I already interviewed all three Heisman Trophy winners at Florida—that’s because of having fall off.”

At UGA, Kaitlin works across the athletics departments to create social media content, interview fans, and create videos of the strong SEC culture in Athens, Georgia. In the future, Kaitlin hopes to continue to work in college athletics and promote the tradition of college sports. 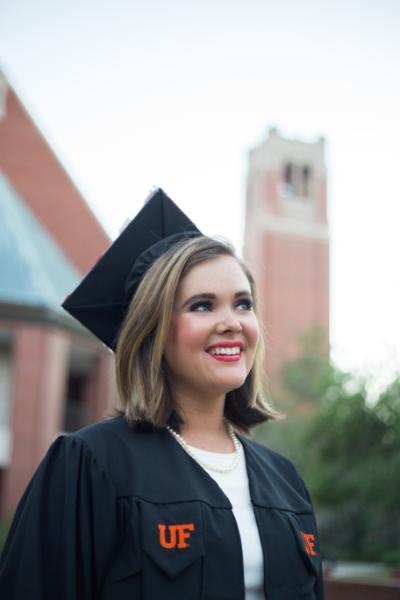 To her fellow IA Gators, Kaitlin urges students to live in the moment, enjoying the social aspects of college and immersing themselves in all the opportunities available to IA students. Through the stress of academics and professional life, she admitted the fun of college can get lost.

“I look back and I was stressed about everything—you have these four years to really enjoy yourself, so try to live in the moment. Go to more sports games. Have fun. Those moments that you have—whether that’s hanging out with your hall mates in Beaty or going to a sports game, you’ll enjoy those moments when you step back. Reflect a lot,” Kaitlin said.

There is nothing that stops IA students from getting what they want out of their college experience either, Kaitlin said. Whether it be joining a Greek organization or becoming involved in fall sporting events like her, the entire university is a resource for our program.

“You can graduate in the fall, you can rush a sorority—there’s nothing that IA will hold you back from doing,” Kaitlin said.

With Florida vs. Georgia in Jacksonville around the corner, Kaitlin said we shouldn’t be so hard on UGA, even if they are one of our biggest football rivals.

“UGA is such a great school. They’re moving up in the ranks too—number 13 top public university,” Kaitlin said. “At the end of the day, I’ll be wearing red and black, but I will always be a Gator!”