Trailblazers: In Between Success by Kelli Kaufmann 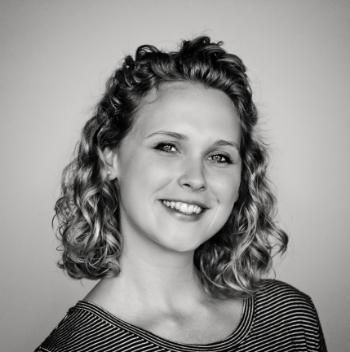 Kelli Kaufmann graduated from the University of Florida in the spring of 2017 with a major in Public Relations, a minor in Innovation, and a concentration in Psychology. Her career has brought her all throughout Florida, from Disney’s Yellow Shoes Creative Group in Orlando to Assistant Account Executive at 22squared in Tampa. During her time on the UF campus, Kaufmann was an Account Supervisor at The Agency, Vice President of the IA Ambassador program, Chief Education Officer for Kappa Alpha Theta and Director of Show for Gator Growl.

In March I became a fiancé,

in May I became a homeowner,

and in July I started a wonderful job at 22squared in Tampa.

This highlight reel paints a pretty picture of my year, but it leaves out the important parts in between - the compromise and growth that comes with engagement. The dismal balance of my bank account after paying the deposit on my condo. The hundreds of hours spent commuting from Tampa to Orlando so I could live with the person I love and work for the company I love. The tearful goodbyes when it was time to leave that company. The uncertainty of when I’d find a new job and if it would be as fulfilling as my last.

I’m fortunate for my highs, but my lows are what challenge me to grow.

Born and raised in Gainesville, becoming a Gator was never a question. I chose Public Relations as my major and joined the Innovation Academy’s second-ever cohort, not fully understanding the potential of either. Nonetheless, I was excited to make a difference on campus. At the end of senior year, I could reflect on a college experience punctuated with leadership and development opportunities, mentors, friends and memories that I’ll have for the rest of my life. It was not easy. It was nothing like what I had planned. And I think that’s what made it most worthwhile.

In February 2017, I looked forward to three more months of school and a third-round interview for a dream job at an international non-profit. They flew me to HQ and spent two days getting to know me. I was so sure I’d get the gig, but I was wrong.

Rejected and without a backup plan, I mourned the loss before turning attention to my options. I unenthusiastically registered for the UF career fair and submitted resumes to jobs I didn’t think I stood a chance for, including a one-year, full-time role as business development coordinator for The Agency at UF. I knew the organization well. A first-of-its-kind student-staffed, professional-led ad agency within UF’s College of Journalism and Communications, I became a member of The Agency’s inaugural team in 2015. Over two years I held several roles before becoming the supervisor for one of our on-campus accounts. But I had no business development experience, and the other candidates were shoo-ins. I didn’t think I’d get the job. Luckily, I was wrong again.

The First Trial at The Agency

A start-up within the CJC, The Agency was a perfect outlet to combine my PR experience and IA background. But as this was my first full-time job, and as the second person to ever hold that role, there wasn't much precedent to learn from. Instead I learned by making mistakes – Plenty of them. Emails with typos were sent to potential clients, and difficult conversations were had with my leaders regarding my development. The list goes on, but the growing pains paid off. In one year I visited over 50 agencies, drafted over 70 proposals and helped win nearly 30 new business assignments.

Among the agencies that welcomed us was the in-house creative advertising arm for Disney. Structured like a traditional agency, Yellow Shoes oversaw the development of all advertisements for the company's parks, resorts and various other properties. I knew open positions were rare and reserved for senior-level professionals, and I knew the Professional Intern program was reserved for recent grads. When a recruiter reached out to The Agency to solicit internship applicants, I knew there were plenty of qualified candidates. I knew I was only looking for jobs in Tampa because my now-fiance had just accepted a wonderful job there. But when I was offered the role, I knew I had to say yes.

The program would last just six months minimum, one year maximum, and I would have to drive an hour each way from Tampa to Celebration. My body ached from sitting in the car, and time for anything outside of work was extremely limited. But I loved going to work every day. Leaders became mentors who cheered for my success and helped me learn from my mistakes. Fellow interns became friends who hosted sleepovers when I needed relief from the commute. We even took a red-eye flight for a weekend trip to Disneyland, where I embraced my inner six-year-old and explored the park for the first time. As the months went on, I felt confident, valued and excited. I couldn't have imagined a better experience.

I knew I had an expiration date, but that didn't make saying goodbye hurt any less. Despite glowing reviews from leaders and colleagues, there simply wasn't an opportunity for junior-level talent. My job search in Tampa left much to be desired - the companies I admired weren't hiring, and I was depressed to consider a lackluster role after leaving a job I cared so much about. I left Yellow Shoes unemployed and with a heavy heart.

In the weeks following, I became excellent at answering well-intended questions about my plans or why I'm not staying at Disney. I sent emails and LinkedIn invitations, most of which were ignored or rejected. I even turned down a job offer. It was a good role with a great company, but I struggled to see how it would help me achieve my long term goals. I felt a combination of relief and doubt. What if a better offer didn’t come along?

A New Adventure in 22squared

The wait paid off. I heard back from my favorite agency in Florida, 22squared. After applying to work there on three separate occasions, I finally had a phone screen with HR. “When can you come in for an interview?” Not soon enough. “When are you available to start?” As soon as you’ll let me. My phone calls and meetings with the team only reaffirmed my love for the company and my desire to join them. I waited some more. And it was so worthwhile.

In my beautiful new office building overlooking Tampa bay, I often feel overwhelmed - with gratitude for my family and loved ones who supported my decision to wait for the right opportunity. With appreciation to finally live and work in the same city. With excitement for what’s ahead. With humility for how fortunate I am to have ended up here. It’s easy to recall the wins along the way, but the obstacles I faced are what helped me the most.

To say “I’ve learned a lot” is an understatement. Here are a few important lessons I’d impart to any young professional finding their way:

The best things I've done are the things I didn't plan for. And how could I have? When I applied to UF, the Innovation Academy didn’t have its first graduate class. When I chose my major, the CJC hadn’t launched The Agency. I technically was not qualified for Disney's PI program because I had graduated a year before. Don't turn  away from the unexpected, and be prepared to pivot.

"Fail fast and often" is a common mantra among entrepreneurs, but I think the advice holds true for any young professional. Life doesn't come with instructions. We learn by doing, and that often means doing the wrong thing. Save yourself the stress and fear, and embrace mistakes as learning opportunities.

I Will Never Know Everything

"New" can be overwhelming. You feel impatient and wish you could just know it all already. You may think less of yourself because everyone else seems so far ahead. Well, if you're in such a hurry to know things, know this: NO ONE ELSE thinks less of you. EVERYONE has been new at some point. Instead of being your harshest critic, be your biggest advocate. Your peers and leaders want you to succeed – help them help you, and take it a day at a time.

Anyone can do a job, but no one can do it like you. Consider what you excel at, and learn what's most valuable to those around you. Not only will this help you position yourself for success, but it will also make you better able to communicate with leaders and peers who have different skill sets.

It’s Worth the Wait

Everyone shares their success, but it's rare we see the moments in between - The vulnerability, rejection, uncertainty and isolation. You wonder what you’re doing wrong when your feed is full of friends who “are so excited to announce” their good news while you impatiently wait. As hard as it may be, resist the urge to quit. Don’t settle. Because if I've learned anything from my three jobs in three years, it's that good opportunities are worth waiting for.